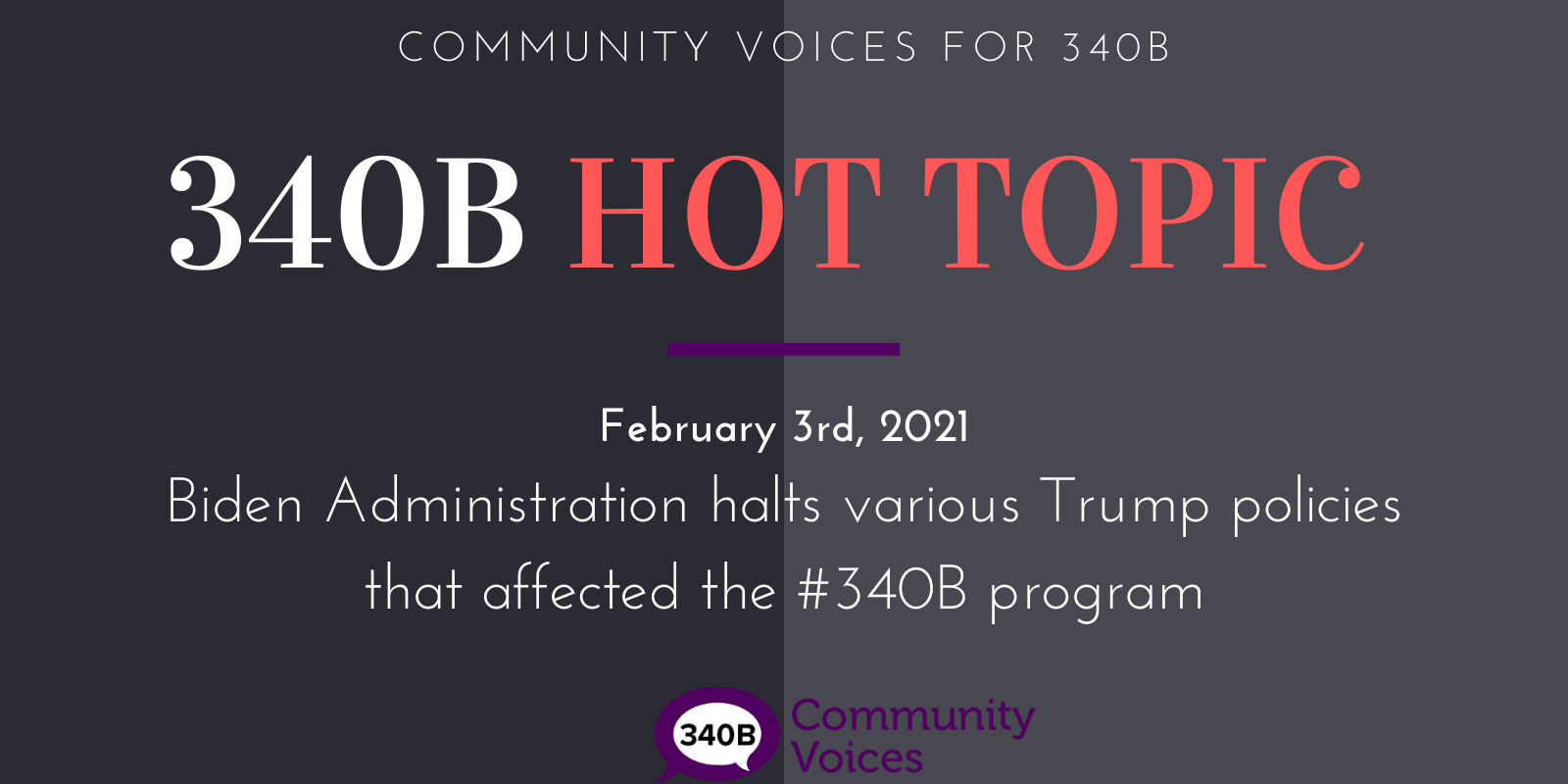 In a flurry of executive orders and other Federal Register publications, the Biden Administration has revoked several policies of the prior administration that many 340B community members viewed as having been harmful to safety-net providers and their patients.  For example, the Biden Administration issued a regulator freeze, which called on the heads of executive departments and agencies to “propose or issue no rules in any manner – including by sending a rule to the Office of the Federal Register [OFR] – until a department or agency head appointed or designated by the president after noon on January 20, 2021, reviews and approves the rule.”  This effectively put a halt on any pending or impending regulations from the previous administration.

Only a day later, the Biden Administration froze a final rule that would have significantly reduced 340B savings for federally qualified health centers on insulin products. The freeze delayed the “effective date of the final rule [until March 22] to give Department officials the opportunity for further review and consideration of new regulations, consistent with” the freeze memo, said U.S. Health and Human Services Acting Secretary Norris Cochran.  Additionally, on January 20, the Biden Administration withdrew a list of individuals that the past administration had selected to form the panel of the new 340B Administrative Dispute Resolution Board, which will serve to resolve 340B-related disputes, including the ongoing contract pharmacy dispute. 340B community members applaud the Biden Administration for being proactive to protect the 340B program.