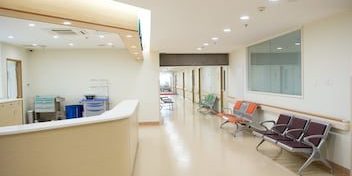 MANCHESTER, Ky. — Grace Health opened a new clinic in Manchester on Wednesday to serve the people of Clay County and the region.

The $4.3 million clinic, paid for with a grant from Health Resources and Services Administration, employs nine clinicians with an additional support staff and provides care regarding family practice, internal medicine, women’s care, school-based health, school-based dental health and behavioral health. Grace Health now cares for a combined 35,000 individual patients with all its clinics.

Grace Health will be benefited by the 340B Drug Pricing Program, which is funded by a government grant and allows federally-qualified healthcare users to receive much cheaper medication, serving as a huge relief to the indigent population, according to Steven Wagers, the Pharm.D. at Manchester’s Grace Health.

340B will allow qualified patients who would usually pay around $1,500 for a month’s supply of medication to get a three-month supply of medication for under $100, according to Wagers. He said few people can afford that without insurance and others have such steep insurance payments that they can’t make their co-payments when picking up their medication. Grace Health provides a pharmacy at the clinic where patients can pick up their medicine.

“If you come to the doctor and they write you a prescription for something that you can’t afford, what’s really the point in going to the doctor?” Wagers rhetorically asked. “So, us being able to help those people get to take their medication is just a blessing and you don’t realize it until you get to see how grateful they are for you to help them.”

Clay County is listed as the fifth-highest “at-risk” county to be affected by the opioid crisis, said Hilda Legg, USDA Rural Development State Director of Kentucky, during the ribbon cutting ceremony. The opioid crisis causes other drug epidemics, too, as 75% of heroin users in the 2000s previously used opioids, according to DrugAbuse.gov.

The drug crisis in Clay County has caused a rise in Hepatitis C cases due to dirty needle sharing, according to Kevin Flora, the director of marketing for Grace Health.

Joe White, Clay County attorney, spoke at the ribbon cutting and reminisced on the 1980s when Clay County seemed to be at its peak.

“Jobs were plentiful,” White said. “There was wealth here and community pride seemed to be at an all-time high.”

He recalled massive layoffs in 1991 that sent the community spiraling, calling it “one of the worst times imaginable.”

“For those of us that live here, it’s more than a news story,” White said. “But, I say to you today that our story is not one of defeat, but of resilience, a story of willingness to adapt and overcome.”

The clinic will also be using state-of-the-art technology from Telehealth that allows clinicians to serve in more than one place at a time, according to Stanley. This will be offered in the school-based health as well, so the nurse practitioner traveling through Clay County will be able to care for more students.

“Kids don’t get sick on a schedule, so this will allow her to provide those services,” Stanley said.

State Sen. Robert Stivers, a Republican who has been in office since 1997, spoke at the ribbon cutting ceremony and said the new Grace Health affects more than just immediate patients, but also the families of the patients and the community as a whole. He said this type of facility brings more jobs to Clay County and keeps business circulating within town.

“It is a building block of your society,” Stivers said.

Danny Finley, the president of the Manchester Chamber of Commerce, applauded Grace Health for its financial investment in Clay County.

To read the full article in The Sentinel Echo by Cameron Coyle, click here.