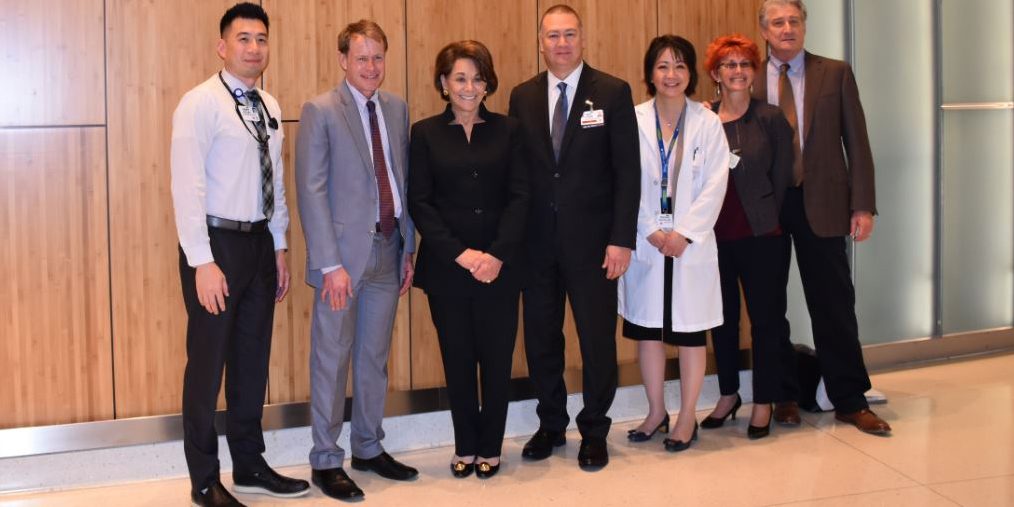 The Santa Clara Valley Medical Center (VMC) and the County’s entire health and hospital system are facing a potentially catastrophic loss of funding under a pair of proposals currently being considered in Sacramento and Washington. The amount of money at stake ranges from $60 million a year to potentially more than $130 million.

The funding being threatened is from a 26-year-old drug discount program known as 340B. The program was initiated by President George H. W. Bush’s Administration. It requires drug companies to give discounts to safety net healthcare providers in order to stretch federal health care dollars as far as possible. 340B allows the County to serve significantly larger numbers of patients than they would be able to without the discounts.

Thanks to the 340B program, VMC can use funds that would otherwise be spent on medications to provide follow-up services to patients, expand clinic and pharmacy hours, and provide additional outpatient services.

Hospitals such as VMC are not the only health care entities able to take advantage of reduced drug prices through 340B. It also covers STD clinics and Ryan White HIV/AIDS program grantees. The discounts the County receives because of 340B greatly expands the reach of our Getting to Zero initiative because it increases our ability to distribute PEP and PrEP.

At the federal level, Congress is considering eliminating the 340B program after a sustained lobbying campaign from the big pharmaceutical companies. I joined Silicon Valley Congresswoman Anna Eshoo on a tour of VMC in late March (pictured in the above image) and impressed upon her how important the program is to VMC’s mission of providing safety net health care to Santa Clara County’s most vulnerable residents.

At the state level, Governor Jerry Brown has proposed taking the 340B funds from the safety net providers and returning them to the state’s general fund. A recent report from the nonpartisan Legislative Analyst’s Office suggests that the Governor’s proposal may have merit. While the proposal might be good for the state budget, it would be bad for the County and for VMC.

I am working hard with our local elected officials at both the state and federal level to ensure that these vital price breaks on critical medications are not taken away from our safety net health care providers.