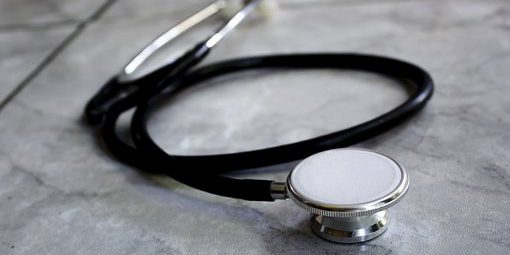 Allan Nichols took essential lessons from his dad’s life — a reverence for hard work, faith and family — but his mission grew out of Gary Nichols’ death.

On Tuesday after Easter, Nichols was showing visitors his nonprofit health company’s newest clinic. His right arm was in a sling after shoulder surgery, and his shirt logo read Mainline Health Systems Inc.

But even in mid-tour, Nichols’ mind kept drifting back to his daddy.

Stopping in a conference room of the 15,000-SF community clinic, Allan Nichols told the story of his dad’s preventable death at 58. It’s why he wears the shirt, and why he runs a health clinic chain serving some 15,000 people a year, regardless of their ability to pay.

Gary Nichols was a plumber whose mild heart attack more than a decade ago announced an enlarged heart. Physical labor was dangerous, and without his plumbing income Gary was soon rationing medication, delaying prescriptions and skipping medical appointments.

At that time, Allan Nichols was a marketing executive in St. Louis, busy with ads, campaigns and market research, not to mention a new family. He was “not paying attention to my daddy, what was happening with him,” Nichols recalled.

A proud man who wouldn’t ask his children for help, Gary Nichols suffered a massive stroke. “I’m up in St. Louis, and the last thing he did was to ask for me,” Allan Nichols said. “He wanted to know where I was. By the time I got there, he was gone. To think that my dad was just 25 miles from all the help he needed, and didn’t even know it …”

His voice trailed off with emotion. “It almost makes me angry, and there’s a lot of guilt.” He decided to come home. “This wasn’t going to happen to my mom. I’m going to make sure she has what she needs, all the right care. I’m not going through that again.”

That was 2008. Nichols’ mother actually tipped him to the executive director’s job opening at Mainline, founded in 1978. Its federally qualified health centers are 501(c)3 nonprofits funded through the Health Resources & Services Administration. That agency, part of the U.S. Department of Health & Human Services, has the job of improving health services to uninsured, isolated and medically vulnerable people.

In 2008 Mainline had four clinics in the Arkansas Delta — including one at Dermott that could have treated his father. Under Nichols, the nonprofit has followed a shifting population out of the Delta and into south Arkansas’ woodlands. Its full-service clinics are now in Dermott, Eudora, Monticello, Portland, Rison, Star City and Wilmot.

‘I Got Teary-Eyed’
“My mom said there’s this job; they do health care over here in the Delta, and I think it’s for people with no money,” Nichols said. Mainline didn’t have a big internet presence, and he could find out few details, but still Nichols applied. “The job was back home, and in the interview, they told me everything they do and who they do it for.”

He was awestruck. “Care is given regardless of ability to pay, there’s a sliding scale, and if people can’t pay anything at all, we still take care of them. I got teary-eyed, that feeling when you’re flush. You get chills.”

Signs in the vaulted waiting room advise patients in English and Spanish, and Brittany Sears, Mainline’s marketing and recruitment manager, says the company’s 150 employees are proud of their outreach.

In 2016, the last year for which data was available from the Community Health Centers of Arkansas, 36% of Mainline clients were Medicaid patients, and 13% were on Medicare. Privately insured patients were at 32%, and 19% had no insurance.

Clinics must be federally qualified to access the grant money that funds about 40% of Mainline’s $10 million-a-year budget. “As a nonprofit you have to have money,” Nichols says, “but you don’t have to do it for money.”

Mainline’s 2016 IRS Form 990, the latest available, showed $4.5 million in contributions and grants, and $5.3 million in revenue from program services.

The flip side of federal qualification is that clinics must offer comprehensive services in underserved areas, and treat anyone. Found in urban and rural areas, the health centers “began as a means to alleviate pressure on emergency rooms seeing uninsured patients who could otherwise be served in non-emergency clinic settings,” according to the Community Health Centers of Arkansas, a nonprofit industry group.

Showplace Facility
The Monticello clinic is Mainline’s largest, a $2 million facility with the latest in equipment. “The Dermott clinic is next at about 12,000 SF,” Nichols said, “but most are in the 7,000-SF range.”

His top job now is spreading the word, a role he knows well from his marketing days. “People need help and don’t know where to go. Part of my mission is to get them here.”

At 50, Nichols is a Monticello boy through and through. The shoulder injury dates back to high school football, and his agriculture degree is from the University of Arkansas at Monticello.

His zeal for caring for neighbors is evangelical. “I’m a man of faith, and things always seem to be for a purpose, even if I don’t realize it,” Nichols says. “Working in marketing for very large companies, leading advertising and market intelligence and direct mail, overseeing people and big budgets — all that I learned applied to running this company.”

At first he found great financial strains, an organization with “very little cash” making its way month-to-month. Mainline had to grow. “People in the Delta absolutely need all our services, but people were moving out of the Delta. We knew we had to move with them.”

Clinics followed in Monticello, Star City and Rison. “We saw gaps in care geographically, and by specialty.”

That led to recruiting providers in needed areas, like pediatrics, which made up just 5% of Mainline’s business when Nichols arrived. By 2016, a third of the nonprofit’s patients were 18 or younger. The company now advertises for several jobs, including family practice M.D., behavioral health consultant and licensed practical nurse.

Nichols sees the health care crisis in rural Arkansas and beyond as an issue of supply and demand. As baby boomers age, medical needs rise. To meet the need, Mainline offers referral bonuses of up to $5,000 to staff members who bring in staff doctors and dentists, $2,500 for nurse practitioners, as long as the prospect is hired and stays six months.

“If I can get prospects to an interview, they actually see what we do and the passion that our team feels for serving.” At that point, “80% to 90% accept a job,” Nichols said. “The problem was getting people in the door.”

Now, with views of community clinics shifting, first introductions have grown easier. “If you want to serve God, to do mission work, you don’t have to go overseas. You can work here.”

Beyond the School Nurse
Mainline participates in a federal drug discount program known as 340B, which requires certain pharmaceutical companies to sell discounted drugs to care providers serving many uninsured and low-income patients. “This lets us get insulin that would be several hundred dollars down to $20 or $30 a month, which is manageable,” Nichols said.

School-based health centers are another priority for Mainline, which has opened them at Dermott, Drew Central, Eudora, Hamburg, Lakeside Portland and Star City.

“Some of the least profitable but most rewarding things we do are in schools,” Nichols said. In most cases, a classroom is converted into exam rooms and office and lab space staffed by a nurse practitioner, a nurse and a receptionist. “We do triage, see patients, call the parents to get permission. Afterward we call back to give the parents the situation and our suggestions. Then the kid can either go back to class or go home, but now over 50% of the kids that had been going home are returning to class.”

The clinics in certain schools have cut the use of substitute teachers by offering teachers a chance to be seen and get prescriptions without missing class time.

“To me, the 12 nonprofits offering community clinics in Arkansas are delivering health care as it should be delivered,” Nichols said. “We take responsibility to close the loop, and to look at the overall health of the patient. Just think, if you’ve got depression, how likely are you to keep up with your diabetes or blood pressure medication? That depression probably won’t kill you, but then again it might.”