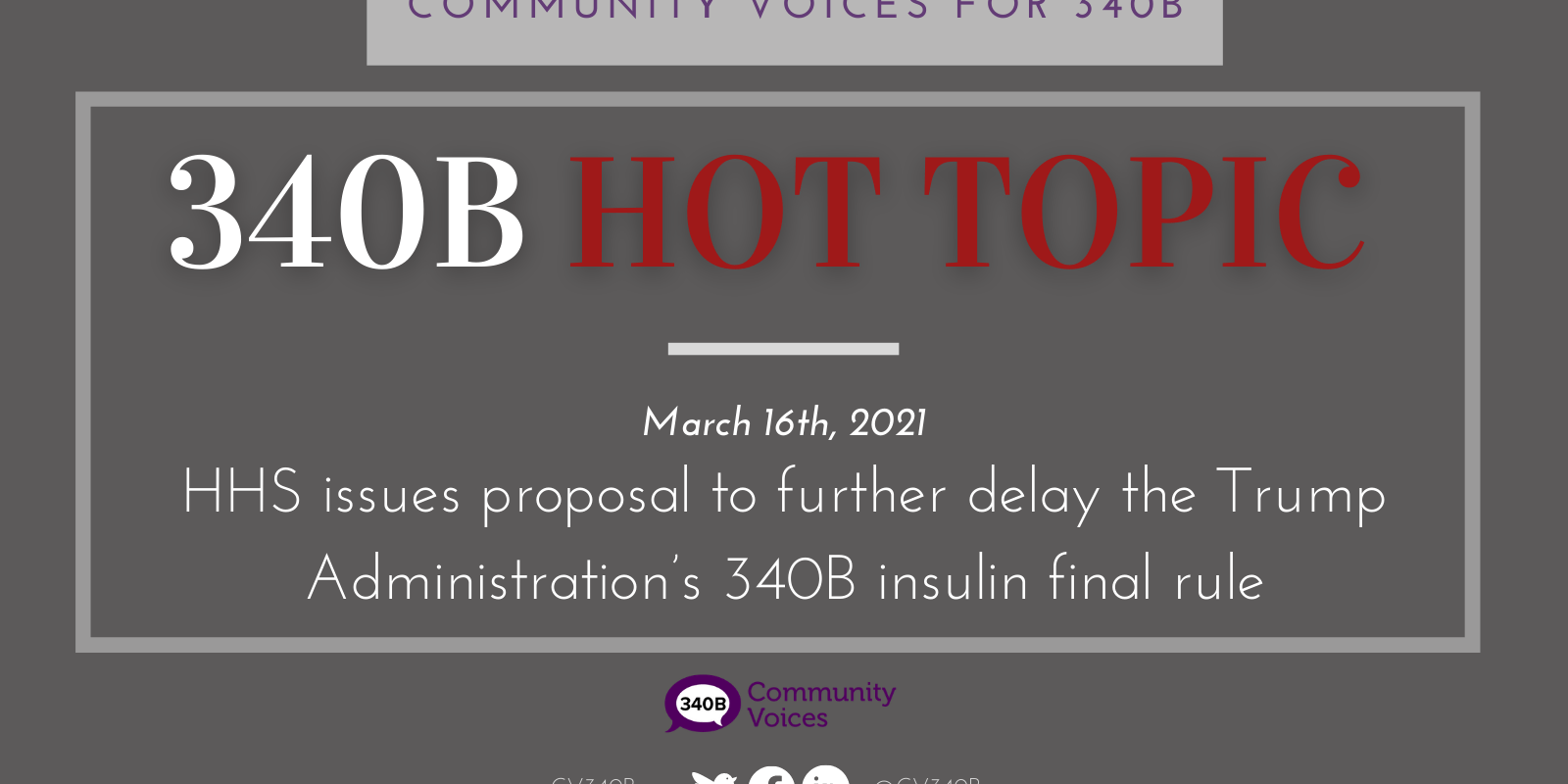 On March 9, 2021 the Department of Health and Human Services (HHS) issued a proposal to further delay implementation of the Trump Administration’s final rule that would require federally qualified health centers (FQHCs) to provide insulin and injectable epinephrine to low-income patients at the price the FQHC pays for those drugs under the 340B program.  The Biden Administration initially delayed the controversial rule’s effective date from January 22, 2021 to March 22, 2021, pursuant to the White House’s “Regulatory Freeze Pending Review” memo.  HHS stated that the initial delay was “necessary to give Department officials the opportunity for further review and consideration of new regulations.”  HHS is now proposing to further delay the rule until July 20 and is seeking comments “about issues of fact, law, and policy raised by rule”, including the impact on 340B savings for health centers.  Comments on the extended delay and impact of the rule are due March 14.

While health centers support the overall goal of reducing the cost of insulin for their patient population, taking away 340B savings on insulin and injectable epinephrine is not the appropriate solution.  In fact, taking away 340B savings would make it harder for FQHCs to provide life-saving and affordable medications and services for patients.  The implications that this new rule would have on the safety-net community has also been recognized by Congress.  Last year, over 100 members of the House of Representatives (all Democrats) sent a letter to HHS urging the department to “to rescind or not implement the July 24 Executive Order”.   The letter noted that health centers are “already providing access to these lifesaving medications at significantly discounted costs”, which is consistent with sliding fee scale requirements.  The letter also noted that “mandating [health centers] to provide prescription drugs at cost would risk participants having to withdraw from the program, thereby limiting access to affordable prescription drugs . . . .”