House Gears Up for 340B Oversight Push 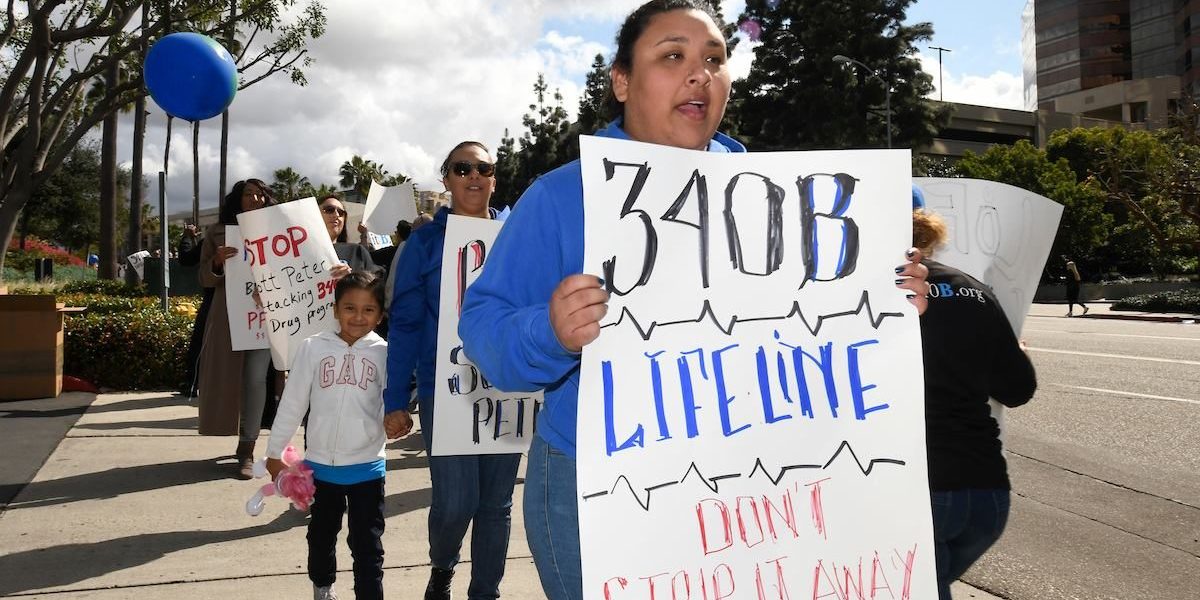 Pressure over the status of a federal drug discount program has intensified on Capitol Hill as Medicare reimbursement cuts for 340B hospitals have officially gone into effect.

On Friday, a federal court dismissed several hospital associations’ suit that sought to block the cuts and lawmakers geared up for a legislative battle that has grown increasingly convoluted now that financial cuts have become conflated with a push for program transparency.

The problem? No one knows what a legislative fix of 340B should look like.

“We shouldn’t mix apples and oranges,” said one lobbyist who represents 340B hospitals. “Our concerns with the [CMS] rule and transparency measures are two very different things.”

Tensions simmering in Washington heated up in the wake of the CMS rule going into effect. Lawmakers split into two camps—one backed by 340B hospitals and the other backed by Big Pharma—as Rep. David McKinley (R-W.Va.) introduced a bill with Rep. Mike Thompson (D-Calif.) that would essentially block the CMS cuts.

McKinley pushed hard to try to get some sort of moratorium included in the last spending bill of 2017. When that didn’t happen, the Capitol Hill tensions spilled out into recess protests by California advocates at one lawmaker’s district office on Friday, ahead of what lobbyists expect will drive a fierce legislative fight in the next few weeks.

The San Diego protest brought picketers from the AIDS Healthcare Foundation and other AIDS/HIV and anti-PhRMA groups to the San Diego offices of Rep. Scott Peters (D-Calif.) to blast him for co-sponsoring a bill with Rep. Larry Bucshon (R-Ind.) that would tighten oversight of the program.

Michael Weinstein, CEO of the foundation, said the protesters wanted to “fire a warning shot” to Peters and keep other Democrats together on the side of 340B hospitals. He said he also wanted PhRMA to know “the fight is on.”

But the issue is more complicated than just a party-line brawl. On the Senate side, powerful Republicans including Sen. John Thune of North Dakota and Rob Portman of Ohio have urged their leadership to put a moratorium on the cuts. Ohio GOP Rep. Jim Renacci led a December letter also urging a moratorium. More than 20 Republican and Democratic lawmakers signed the letter, including Peters.

Peters and Bucshon didn’t introduce the bill protested by the AIDS foundation until Congress broke for recess on Dec. 22, but the outline of their proposed PhRMA-backed oversight measures had been circulating Capitol Hill for weeks.

But the path forward remains unclear, thanks to the CMS rule’s mandated cuts coupled with drug companies’ push for transparency and oversight, a move that hospital lobbyists say would shrink the 340B program.

One 340B hospital lobbyist said she is wary of proposed requirements that treat every entity the same, without considering the administrative complexity of keeping all the drugs accounted for across their inpatient and outpatient facilities.

The fight isn’t over. As of Monday, the cuts were in effect and hospitals were looking for their next move as lawmakers return from recess.

“There are a number of avenues for pursuing our legal challenge to the court’s decision, and we expect to announce shortly which route or routes we intend to take,” said Melinda Hatton, AHA’s general counsel.

A lobbyist for 340B hospitals who is close to the talks said lawmakers may release a series of bills or a single, more comprehensive bill aimed at revamping the program through new reporting requirements.

According to the lobbyist, policies from Rep. Chris Collins (R-N.Y.)—a sharp critic of the 340B program—may end up in the mix of proposed legislation. These could include limiting the definition of patients who qualify for 340B discounts and raising the Medicare disproportionate share hospital adjustment percentage, the lobbyist said. Collins sits on the House Energy & Commerce Committee, which has jurisdiction over the program.

Collin’s office didn’t have an update on when his proposals would be released, but in a statement to Modern Healthcare the lawmaker said the program’s size “is well beyond what Congress intended almost 25 years ago,” and it has “very little oversight.”

“The Energy and Commerce Committee hearings over the last year clearly demonstrate this program lacks transparency and needs to be reined in,” Collins said. He praised the federal court’s dismissal of the hospital suit and said he looks forward to working with lawmakers “to bring the 340B program into the 21st century.”

340B hospitals still hope the McKinley-Thompson bill gains traction among their fellow lawmakers. At the very least, they want a moratorium on the cuts.

And outspoken PhRMA critics like Weinstein will watch the Hill action closely. Weinstein had choice words for lawmakers who want to alter the program.