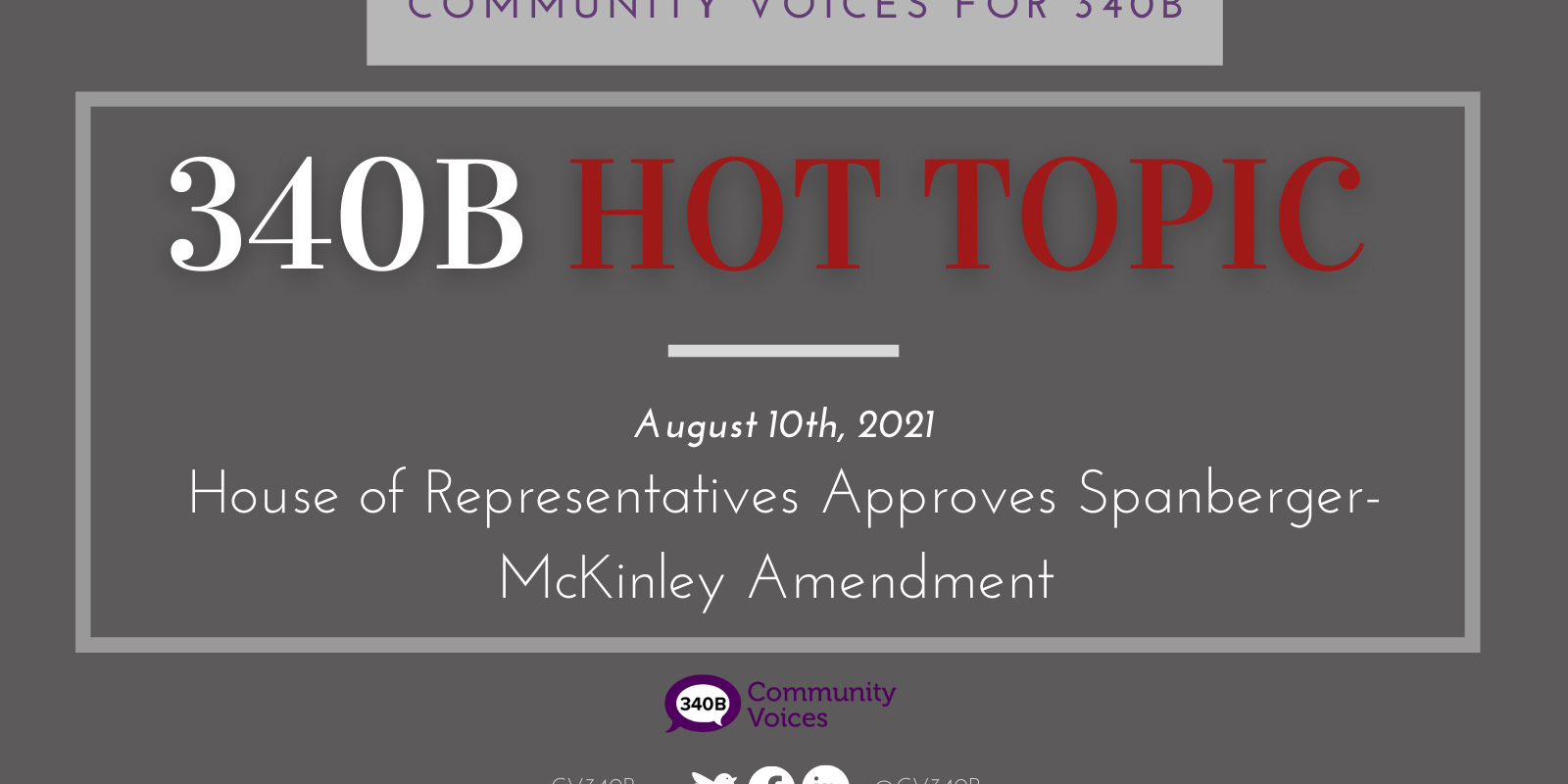 On July 27, the U.S. House of Representatives approved an amendment to the House Appropriations Labor, Health and Human Services legislation that supports agency action against manufacturers that are not honoring contract pharmacy arrangements.  The amendment was approved as part of a funding package for the next fiscal year for many federal departments, including HHS.  The House complete debate on the over 200 amendments proposed as part of the funding package at the end of July, and now the Senate is working to consider the appropriation bills.

The amendment, offered by Reps. Abigail Spanberger (D-VA) and David McKinley (R-WV), both long-time allies and supporters of the 340B safety-net community, will:

[Increase and decrease appropriations to] HRSA’s Office of Pharmacy Affairs by $1,000,000 to protect the integrity of the 340B program by halting pharmaceutical manufacturers’ unlawful actions that have resulted in overcharges to 340B covered entities.

In her statement in support of the amendment, Rep. Spanberger stated that her “340B-related amendment sends a message to big pharmaceutical companies:  Stop hiking drug prices on consumers and discriminating against our 340B providers and pharmacies.” (watch the remarks HERE at 6:12.00).  The amendment was considered and approved by voice vote.  Although voice votes are not tallied, no House members voiced opposition to the amendment.

The amendment does not impose any legal requirements on the manufacturers to honor 340B pricing at contract pharmacies nor does it affect ongoing litigation on this issue; however, this action could encourage HRSA to begin taking actions against the seven drug manufacturers that have implemented policies that unlawfully restrict access to 340B pricing at contract pharmacies.