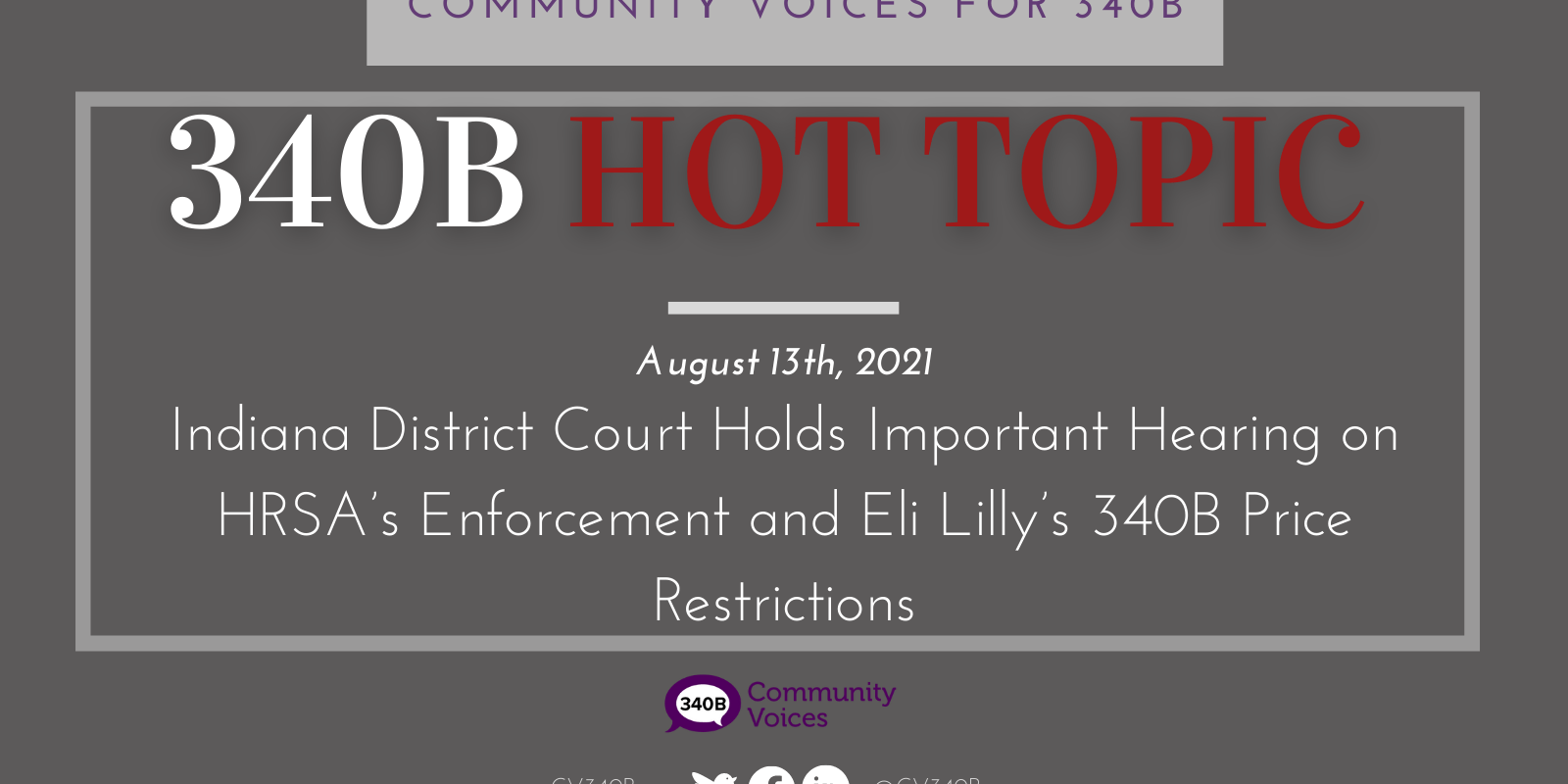 On July 30, the U.S. District Court for the Southern District of Indiana held oral arguments in the case, Eli Lilly et al. v. Becerra et al., regarding the May 17 enforcement letter (“May 17 Letter”) that HRSA sent to Eli Lilly and other drug manufacturers informing them of HRSA’s formal determination that their actions to cut off or limit 340B pricing on drugs shipped to contract pharmacies constituted overcharges.  The May 17 Letter also informed the manufacturers that they may be subject to civil monetary penalties.  HRSA’s determination was based, in part, on its review of thousands of documents submitted by safety-net healthcare providers alleging that they had purchased drugs above the 340B ceiling price and/or no longer have access to 340B prices on drugs shipped to contract pharmacies due to Lilly’s and other drug manufacturers’ restrictive policies.  The hearing marks the final step before the Court issues a ruling on the legality of the May 17 Letter, a ruling the judge indicated she would work to expedite.

The Court’s ruling regarding the May 17 Letter carries serious implications for 340B safety-net providers and their communities because it marks a critical step in HHS’s enforcement of the 340B statute and protecting safety-net providers’ ability to purchase drugs at 340B prices.  During the hearing, HHS acknowledged the impact of Lilly’s restrictive contract pharmacy policy on several safety-net providers that had informed HRSA that they had been overcharged by Lilly.  For example, HHS discussed a declaration by Upper Great Lakes Health Center, a Michigan Federally Qualified Health Center, that explained that not only had it been charged prices well above the 340B ceiling price on drugs dispensed to its patients, but that Lilly’s policy also cuts off access to the drugs for countless Michiganders that live in the Upper Peninsula region.  As a result, the critical safety-net services that Upper Great Lakes Health Center provides through 340B savings have allegedly been severely limited by Lilly’s unilateral policy.

The judge asked several questions during the hearing to both Parties on a range of topics, including the bounds of the 340B statute, the cause of and extent that 340B drug sales have increased due to HRSA’s contract pharmacy policy, and the economic impact that the increase in 340B sales has had on Eli Lilly.  The court’s ruling may arrive any day.