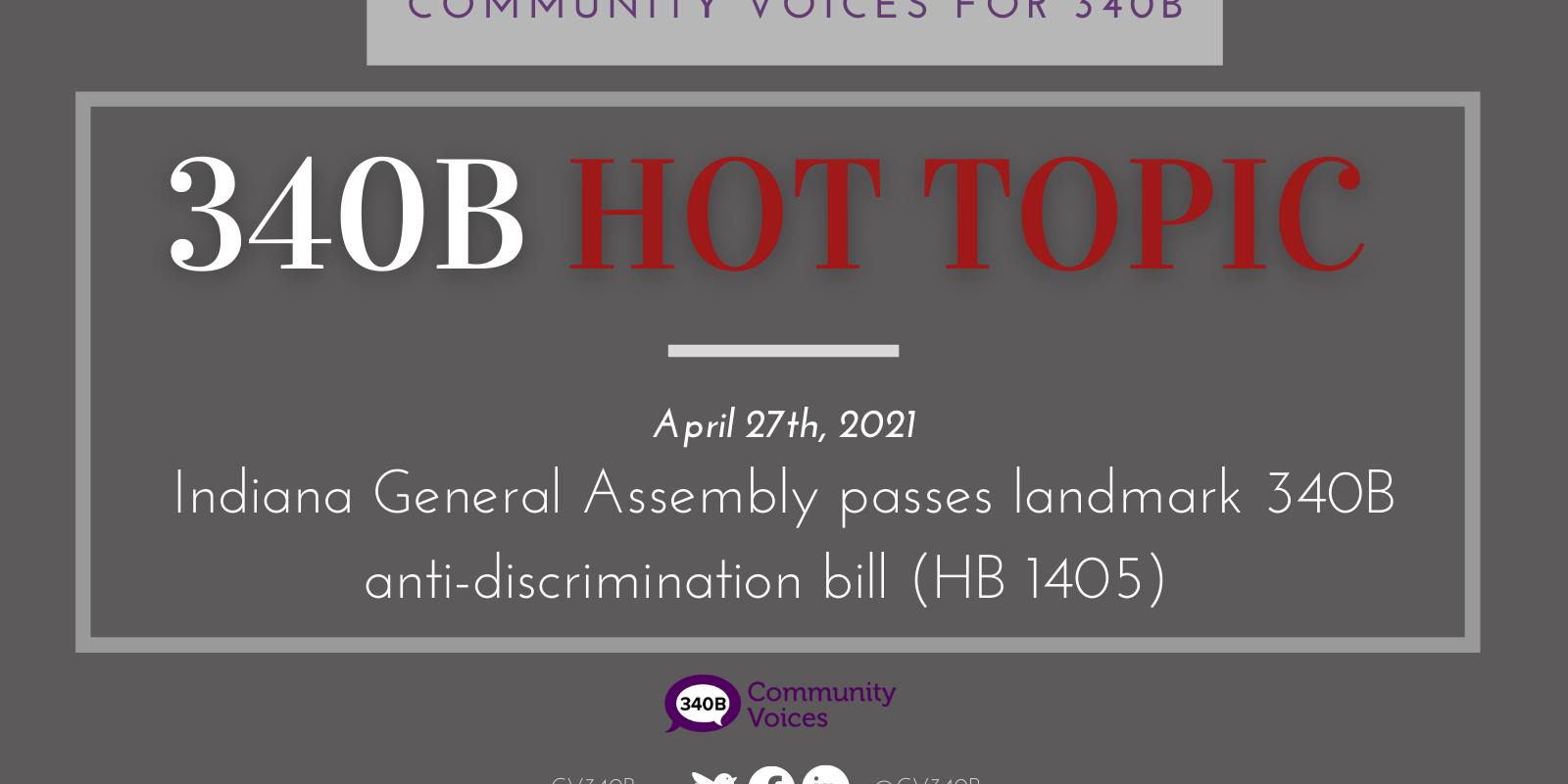 These 340B-related provisions of HB 1405 apply to PBMs that contract within Indiana, including PBMs working on behalf of Medicaid managed care entities, but it does not apply to Medicaid fee-for-service plans.  The impending law states that a violation of the 340B-related provisions constitutes an unfair or deceptive act or practice in the business of insurance, which could result in penalties up to $50,000 per violation.

Indiana’s taxpayers, 340B safety-net providers, and underserved communities all congratulate and thank the Indiana General Assembly for passing such vital and meaningful legislation.  The impending law not only protects the important programs and healthcare services that Indiana safety-net providers furnish, but it also reflects a general sense that underserved communities in Indiana remain important to state lawmakers, which is of notable significance during the COVID pandemic.  Community Voices for 340B and its members laude the state of Indiana and look forward with hope to continued protection of our Nation’s most vulnerable communities.