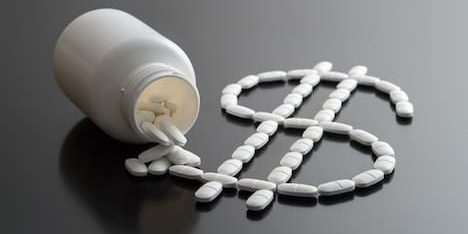 My daughter Gabriella is a huge Taylor Swift fan, and one of her favorite Swift songs is “Look What You Made Me Do.”

You might not think the song has any application to health care policy, but the connection became clear when I watched a recent Senate Finance Committee hearing on the cost of prescription drugs. With seven chief executives of major drug companies testifying, the committee’s chairman, Chuck Grassley (R-Iowa), warned the witnesses not to point the finger of blame at others, saying: “It’s time for solutions.”

Yet the CEOs spent much of the hearing channeling their inner Swift and blaming others for the high prices they charge. Several pointed at pharmacy benefit managers, the third-party companies that negotiate rebates on high-priced drugs. Others blamed state Medicaid programs for demanding the best prices. And some focused on the 340B drug pricing program, which requires manufacturers to discount their prices when selling to safety-net hospitals, clinics and health centers.

Essentially, the drug companies were saying they wouldn’t set their prices so high if those discounts went away. In other words, “Look what you made me do.”

Congress and President Donald Trump deserve credit for tackling the costs of prescription drugs. While medicines are a vital part of comprehensive quality care, manufacturers have increased prices at a rapid rate, and the prices for some new medicines are mind-boggling.

The Food and Drug Administration recently approved a new therapy to treat infants born with spinal muscular atrophy, a rare genetic defect that affects about 300 to 400 babies a year. For these children and their parents, this may be a miracle. But when the FDA approved Zolgensma, its manufacturer, Novartis, announced a price tag of $2.1 million, making it the highest-priced therapy in America and a new example of an industry in need of reform.

Policymakers are searching for ways to curb price growth and incentives to price new drugs — especially treatments like Zolgensma — as high as the market possibly will bear. They aim to do so while preserving incentives for research and development that help us find ways to treat and even cure diseases that were once viewed as unconquerable. It’s a delicate balance but one worth doing correctly.

While they do the important work of curbing costs and ensuring access, lawmakers need to see through the efforts of the pharmaceutical industry to distract them. That includes resisting calls to weaken laws and programs that curb drug costs for safety-net providers that serve patients living with low incomes and in underserved rural communities.

The 340B drug pricing program is one such program. Created with strong bipartisan support that continues today, 340B requires drug companies to discount their prices when selling to certain hospitals, clinics and health centers. The savings from those discounts are then used to serve more patients and provide more services.

The discounts amount to a small sliver of the hundreds of billions spent on drugs each year in the United States, but they allow safety-net providers to provide care to uninsured and underinsured patients, including millions of Americans on Medicaid. Hospitals participating in 340B provide two-thirds of all Medicaid inpatient hospital care and 60 percent of all uncompensated hospital care.

In rural America, hospitals use 340B savings to keep their doors open. And 340B accomplishes all of this without a dollar of taxpayer money.

At a recent congressional hearing, the chief pharmacy officer of one of the nation’s largest Catholic and nonprofit health care systems gave lawmakers a striking statistic. In the past four years, Ascension’s hospitals have had to cope with a cumulative 34 percent increase in drug costs, even after the discounts that they receive for some purchases, including through 340B.

Lynn Eschenbacher of Ascension told the committee: “That’s why the 340B program is so crucial. We use all of those savings to provide medications at low or no cost; we offer free medical care; we embed nurse services in our local school districts; we operate medical missions at home, and more.”

The 340B program is working exactly how Congress intended. Drug companies cannot be allowed to abdicate their responsibility by unwinding this important part of the health care safety net. Instead, we must keep our focus where it belongs — reforming a system that allows manufacturers to fill in the blank space on the check.

Maureen Testoni is the president and chief executive officer of 340B Health, which represents nearly 1,400 hospitals participating in the 340B drug pricing program.  You can read the full opinion piece, posted by Morning Consult here.