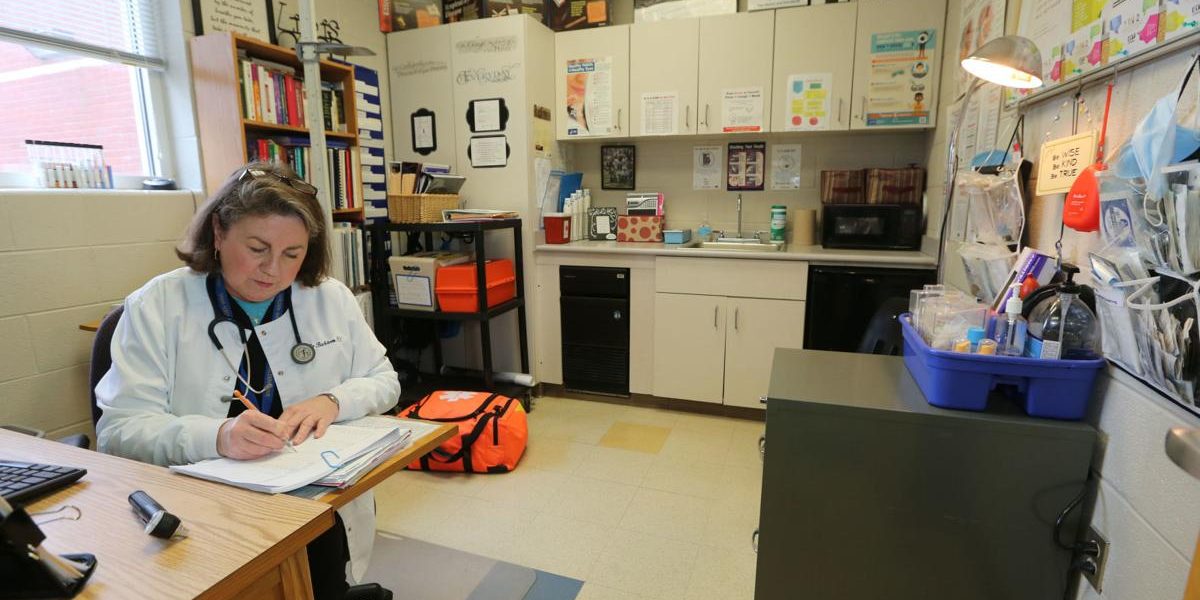 After the 2017-18 school year ends, the 15 area schools served by 11 NMMC nurses will have to make other arrangements.

“We were faced with some difficult decisions, which have led to the scaling back or discontinuation of some services,” said NMMC president David Wilson.

The hospital notified school districts of the change earlier this week.

Tupelo Superintendent Gearl Loden said the district hopes to be able to replace the three nurses through other partnerships.

“We’re simply one of the largest employers in the area… We will be trying to leverage that to forge partnerships to hopefully offset costs so we can continue providing services without picking up all of the costs,” Loden said. “Hopefully this can become a turning-lemons-into-lemonade situation and we can maintain at least the same level, if not better, services for all of our employees and our students.”

Lee County Schools relied on NMMC nurses to cover Plantersville Middle, Saltillo Primary and Saltillo Elementary. Jimmy Weeks, superintendent of the Lee County School District, said the district does not have a plan to address the cuts at this time but will be looking at all of its options.

“We don’t know how we are going to handle it yet, but if there is any way we can put nurses in those schools then that is what we will do,” Weeks said.

NMMC will fund the program through the end of the current school year, but they will not replace any of the nurses who leave to take other positions.

“We may have to make some tweaks between now and the end of the year, and we are working on a plan for the fall to ensure we still have a high-quality level of nursing for students,” Loden said.

North Mississippi Medical Center started its school health center program in the early 1990s. The first school nurses in the program were based at Church Street and Plantersville schools; they expanded to Saltillo Elementary and Tupelo Middle School in 1996. By 2003, the program had 16 nurses covering 22 schools.

In addition to triaging sick and injured children, school nurses are tasked with overseeing medications children have to take during the school day and helping accommodate students with conditions like asthma and food allergies.

The Mississippi Department of Education does not require that school districts provide nurses. However, if they do, the nurses do have to meet certain qualifications decided upon by the state department of education.

“NMMC is thankful that we have had the ability to provide school-based registered nurses for many years and were able to continue to do so when many health care systems throughout the United States discontinued this type of service,” Wilson said. “We appreciate the work of all the school nurses and the difference they have made in the lives of the students they serve. We are thankful to the schools who allowed us an opportunity to place nurses in these schools.”

Over the past five years, North Mississippi Health Services has seen $54 million in reduction of reimbursements from Medicare and Medicaid even as the NMMC system has taken care of more patients who rely on those programs. Changes to a federal 340b program that went into effect in October will cost the hospital system another $500,000 a year.

“The 340b program was established to assist hospitals such as ours with enhanced payments for certain pharmaceuticals so the 340b hospital could reinvest those monies in providing non-reimbursed services such as school nurses, community screenings and other community benefits,” Wilson said. “That funding source has been cut severely, leaving us no choice but to reduce or eliminate certain services.”

Additionally, NMMC-Tupelo has filed a lawsuit against Blue Cross & Blue Shield of Mississippi accusing the insurer of unilaterally changing their contract, reducing reimbursements by $1 million a month.

NMMC shuttered its community health department, which had overseen the school nurse program, this fall as part of cost-cutting measures.

The nurses have been meeting with NMMC Human Resources to identify other positions within the system. The hospital also encouraged the school districts to consider hiring the school nurses they would like to retain.

To read the full article in The Daily Journal, click here.