Secretary Becerra Provides Important Insight on 340B at the U.S. Senate Appropriations Sub-Committee 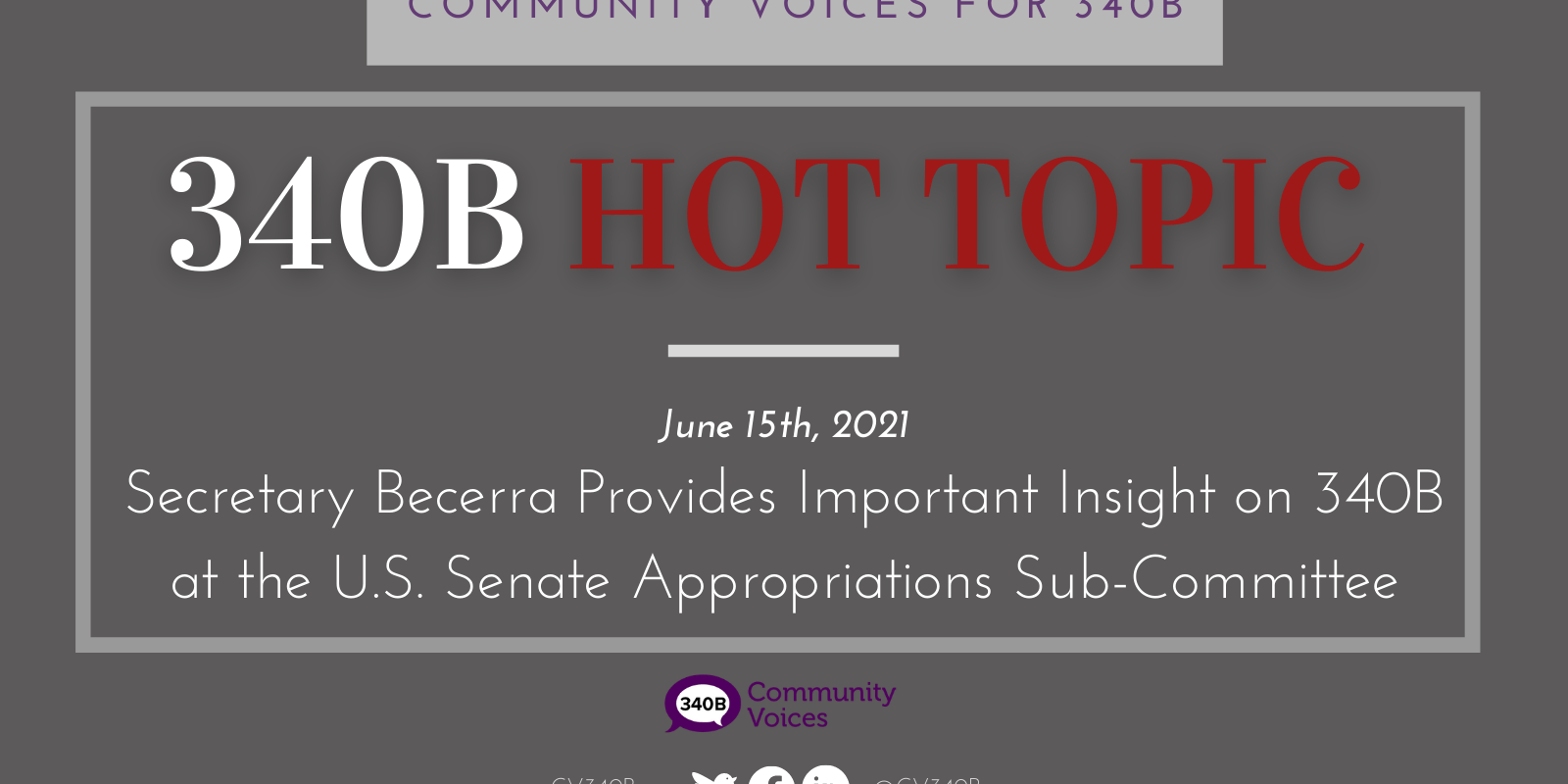 On June 9, 2021, U.S. Department of Health and Human Services (HHS) Secretary Xavier Becerra appeared before the U.S. Senate Appropriations subcommittee.  In his testimony, Secretary Becerra provided important insight into HHS’s stance regarding six drug companies’ unilateral actions to halt 340B pricing on drugs shipped to contract pharmacies.  Senator Manchin stated his interest in protecting the 340B safety-net in his community and across the country and asked Secretary Becerra to outline the next steps that he and HHS will take to ensure the integrity of the 340B program.  Mr. Becerra stated that “[HHS] put out in writing a clear message to these six manufacturers that we believe that they’re violating the law,” and that if “you violate the law you pay the consequences.”   Secretary Becerra requested additional funding for HRSA, from $10.2 million to $17.2 million, to strengthen 340B program compliance.  340B covered entities are hopeful that the funding request, if granted, will focus on improving manufacturer compliance.

The exchange between Secretary Becerra and Senator Manchin comes during a bevy of hearings, proceedings, and filings regarding litigation by drug companies and covered entities as several federal district courts seek to determine whether the drug companies are obligated to offer 340B pricing to safety-net providers regardless of where the drugs are shipped.  On May 17, HRSA issued letters to each of the six drug companies: (1) informing them that they have violated the 340B statute, (2) requesting issuance of repayments to affected covered entities, and (3) requesting that each submit a plan to begin complying with their statutory obligations.

In 2020, hundreds of members of Congress signed letters denouncing the drug manufacturers’ actions and requesting immediate action by HHS to ensure that covered entities have access to their contract pharmacies.  In December of last year, the former HHS Office of Inspector General’s lead counsel issued an opinion letter clarifying the legality of 340B contract pharmacies, which both manufacturers and covered entities have recognized for over two decades.  Yet, the six drug companies appear to be holding fast to their unilateral decisions to upend over two decades of industry practice under the federal 340B statute.  Safety-net providers wait patiently in hope that HHS, HRSA, and each federal court will protect the 340B program and our nation’s safety-net communities.