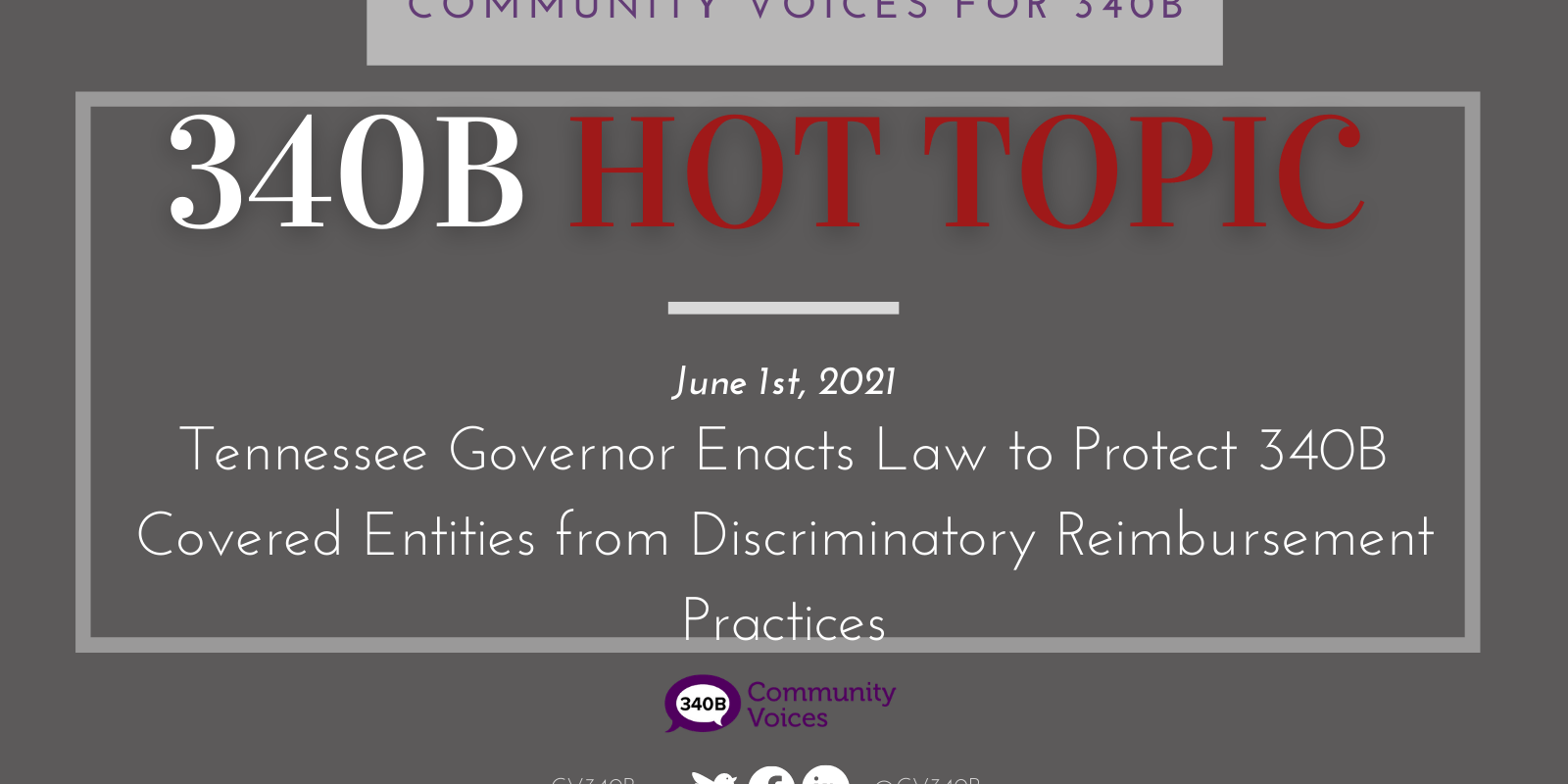 Last week, Tennessee Governor Bill Lee signed into a law a bill that will protect 340B covered entities and their contract pharmacies from discriminatory reimbursement practices commonly employed by pharmacy benefit managers (PBMs) and third party payers and will help to bring pricing transparency to Tennessee’s healthcare system (HB 1398/SB 1617).

The provisions related to 340B do not apply to the TennCare Medicaid program, the CoverKids Act of 2006, or the Volunteer Rx program.

The law also includes broader PBM reform and patient protection measures that extend beyond 340B.   Such measures prohibit a PBM from interfering with the patient’s choice to receive drugs from a 340B covered entity, interfering with the patient’s ability to choose their pharmacy or provider of choice (also known as “any willing pharmacy” law), and prohibit a PBM from imposing coverage or benefit limitations when a patient obtains prescription drugs.  The law also makes clear that PBMs have a fiduciary obligation to report any entitlement benefit percentage the plan or beneficiary is entitled to.  Insurers are also required to, upon request, provide accurate, real time information to a beneficiary or a health care provider, regarding the cost, benefit, and coverage data for prescription drugs under the beneficiary’s health plan.  This would include eligibility information for the drugs, a list of any clinically appropriate alternatives to drugs covered under the beneficiary’s health plan, cost-sharing information for the drugs, and the clinically appropriate alternatives, and applicable utilization management requirements for the drugs or clinically appropriate alternatives, including prior authorization, step therapy, quantity limits, and site-of-service restrictions.