The 340B Drug Discount Program Is Fulfilling Its Original Purpose 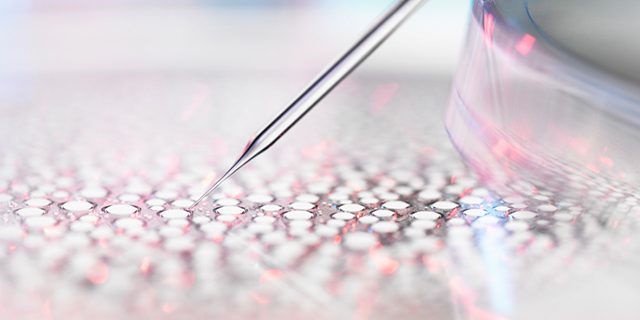 The debate over the future of the 340B drug pricing program has reached a critical new phase. Several members of Congress introduced legislation that would make dramatic changes in the 26-year-old statute, Congress is holding hearings on the program and the Trump administration has offered new proposals in its fiscal 2019 budget.

Some have questioned whether 340B hospitals are using their program savings to support care for low-income patients; proponents argue the program bolsters care for vulnerable communities. As policymakers consider legislative proposals and a key committee report that recommend a series of legislative and regulatory changes to the 340B program, it is also important for them to carefully evaluate new data that sheds light on the care 340B disproportionate share hospitals (DSHs) provide to low-income populations. New research shows that the 340B eligibility criteria target hospitals that provide high levels of care to low-income patients. 340B DSHs treat significantly more low-income patients than non-340B hospitals, provide a disproportionate amount of the nation’s uncompensated and unreimbursed care, and are more likely to provide specialized services that are critical to low-income patients but which are often underpaid.

Enacted in 1992 by President George H.W. Bush and bipartisan majorities in both houses of Congress, the 340B program requires pharmaceutical manufacturers to provide discounts to “covered entities” that care for large numbers of low-income patients. These include federally qualified health centers, Ryan White Program HIV/AIDS clinics, homeless health clinics, black lung clinics, hemophilia treatment centers, family planning clinics, STD clinics, and tuberculosis clinics as well as DSHs and others. The government made clear its intent for the program was “to stretch scarce Federal resources as far as possible, reaching more eligible patients and providing more comprehensive services.”

Over the course of the program’s history, 340B has saved billions in drug costs while providing free or discounted care to millions of patients who might otherwise be unable to get needed care. This is accomplished at no cost to taxpayers.

The recently proposed 340B legislation introduced in both houses of Congress would make significant changes to the program. We are concerned that these proposals would undermine the value of the program to safety-net providers and the low-income patients they treat. In this blog, we address questions about the size, intent, and transparency of the program.

The Scope Of The 340B Program

While Section 340B of the Public Health Service Act is a health care program created and administered by the federal government, it is unlike the vast majority of federal health care programs in that it did not create a government-financed program of grants or reimbursement. Instead, 340B relies on private sector financing by requiring pharmaceutical companies to provide discounts to health care providers serving large numbers of low-income patients in exchange for access to the lucrative Medicaid and Medicare Part B markets. Enactment of the 340B program was one in a series of actions by the Congress to support the health care safety net. Following the enactment of the Medicaid drug rebate program in 1990, which ensured that state-run programs for patients received the best price for drugs purchased, Congress created the 340B drug pricing program in 1992 to extend similar drug price discounts to clinics, health centers and DSHs that treat high volumes of low-income patients.

As the 340B program matured, Congress has acted to expand the type of entities able to participate, including such providers as free-standing children’s and cancer hospitals that serve large indigent populations, rural referral centers, sole community hospitals, and critical access hospitals. While these expansions have added more than 1,200 hospitals to the program, many are relatively small purchasers of outpatient drugs and account for only an estimated 3.13 percent of total drug sales in the 340B program.

Another way to quantify the size of the 340B program is to assess the dollars saved through the discounted prices required by the law. Research conducted to measure the financial impact of the 340B program on manufacturers concluded that 340B is a small share of the overall US drug market. In 2015, the Health Resources and Services Administration (HRSA), which oversees the program, estimated that total sales to 340B-covered entities were $12 billion and the discounts were $6 billion. When compared to the overall $457 billion US drug market, the 340B program discounts amounted to only 1.3 percent of total sales. As a point of comparison, drug manufacturers spent $27.3 billion on marketing and advertising in that year, more than four times greater than total 340B discounts given through the 340B program.

Is 340B Meeting Congress’ Intent?

A vital question to ask as legislation is being considered is whether the 340B program is fulfilling the intent “to reach more eligible patients and provide more comprehensive services.” To understand the full scope of the types of patients 340B covered entities serve and the type of services they offer to low-income and rural patients, 340B Health recently commissioned a study looking at DSHs in the 340B program and comparing them with other acute care hospitals (ACHs) that do not participate in the 340B program. Researchers at L&M Policy Research used the fiscal year 2015 Medicare cost reports, 2016 IPPS Impact file and the 2015 American Hospital Association Annual Survey to identify a universe of 955 active 340B DSHs and 1,505 non-340B ACHs eligible for the study. The analysis compared 340B DSHs to non-340B acute care hospitals on three key metrics of safety net status including the provision of 1) care to low-income patients, 2) uncompensated and unreimbursed services, and 3) specialized services that are critical to low-income patients but are often underpaid.

It is important to take into account overall facility size, which can notably drive variation. We examined facilities along quartiles of total patient care costs to identify differences in their size distributions. Hospitals were ranked in order of total care cost and divided into four groups, with Quartile 1 comprised of hospitals with the highest total care costs, and Quartile 4 comprised of those with the lowest total care costs. Exhibit 1 shows the breakdown of average per facility costs for unreimbursed and uncompensated care, within quartile, for 340B DSHs and non-340B ACHs. Whether relative hospital size is taken into consideration or not, actual costs incurred on a facility level for unreimbursed and uncompensated care are higher for 340B DSHs. Across all study hospitals, 340B DSHs totaled $16 million more in unreimbursed and uncompensated care costs than non-340B ACHs. These findings show that as policymakers evaluate the level of care 340B hospitals provide to low-income patients, it is important to take into account hospital size and not to compare hospitals of different sizes and resource levels.

Exhibit 1: Average Unreimbursed And Uncompensated Care Costs For 340B And Non-340B Hospitals By Size, FY2015

340B DSHs had an average low-income patient load of 41.8 percent compared with 27 percent for non-340B hospitals.

340B DSHs Provide The Majority Of Uncompensated And Unreimbursed Care

340B DSHs Are More Likely To Offer Specialized And Community Services

Within the last few months, several pieces of 340B legislation have been introduced in the House and Senate that raise concerns about the direction lawmakers might take with the future of the 340B program. These include:

Both the PAUSE and HELP Acts call for a moratorium on the addition of new DSHs or DSH clinics to the 340B program. The HELP Act would go further by calling for new eligibility requirements for DSH, children’s hospitals, and cancer hospitals that could significantly reduce the number of hospitals in the program. All three bills call for greater reporting by 340B hospitals that the sponsors say would increase transparency in the program.

The proposed bills raise a number of concerns in light of the new research confirming the high amount of care provided by 340B DSHs to low-income patients. Placing limits on hospital eligibility would limit the scope of the program and make it more difficult for hospitals to access 340B savings for their patients, when data suggest that the current eligibility criteria are working to target hospitals that provide high amount of care to low-income patients.

The proposed bills would require hospitals to report information to the government as a way of increasing transparency into how hospitals use program savings to help patients. However, the information that would be collected under these bills would not shed light on what hospitals actually save through the program. All three proposals would collect information on revenue hospitals receive from insurers in reimbursement for 340B drugs. However, hospitals accrue a financial benefit through participation in the 340B program by acquiring outpatient drugs at discounted prices, resulting in savings realized through the difference in what the 340B hospital paid for a drug and what that same hospital would have paid for that drug had the 340B discount not been available. Therefore, 340B transparency discussions should not focus on reimbursement that hospitals receive from payers for 340B drugs, as that information is not relevant to quantify the savings hospitals generate through 340B participation.

Moreover, the PAUSE and HELP Acts would collect information such as charity care and payer mix that would not shed light on how hospitals use their savings to support patient care. Hospitals use their 340B savings in diverse ways to meet the unique needs in their communities. This point is further substantiated by our new research that illustrates it is necessary to look at the broad spectrum of uncompensated and unreimbursed costs borne by hospitals, to include charity care, bad debt, and public payer shortfalls. 340B transparency discussions should focus on the broad range of services that 340B hospitals provide to their low-income patients and not solely on charity care or uncompensated care.

The 340B drug pricing program is a vital part of the nation’s health care safety net supporting patients and the providers on which they rely. In a time of rising drug prices and projected declines in the number of insured Americans, any changes to the program should be considered with extreme care and reliance on a growing evidence base of quantitative and qualitative data that the 340B program is working properly.