About the 340B Drug Discount Program

First established in 1992 through bipartisan legislation, the federal 340B drug discount program offers a lifeline to the neediest and most underserved patients in this nation. The program operates on the simple principle of requiring pharmaceutical companies to provide drugs at a discounted price to certain types of safety net hospitals and clinics that, in turn, use their 340B savings to underwrite the cost of serving patients in their communities. In fact, that reinvestment in patients and communities is what has made the 340B program so successful. 340B providers can do more with their limited dollars to benefit the communities that they serve.

Over the past 25 years, the 340B program has consistently helped safety net providers meet the unique public health needs of their communities, and Congress has acted several times to extend program eligibility to additional categories hospitals. However, despite affecting just two percent of all drug sales in the United States, the program remains deeply unpopular within sectors of the pharmaceutical industry. 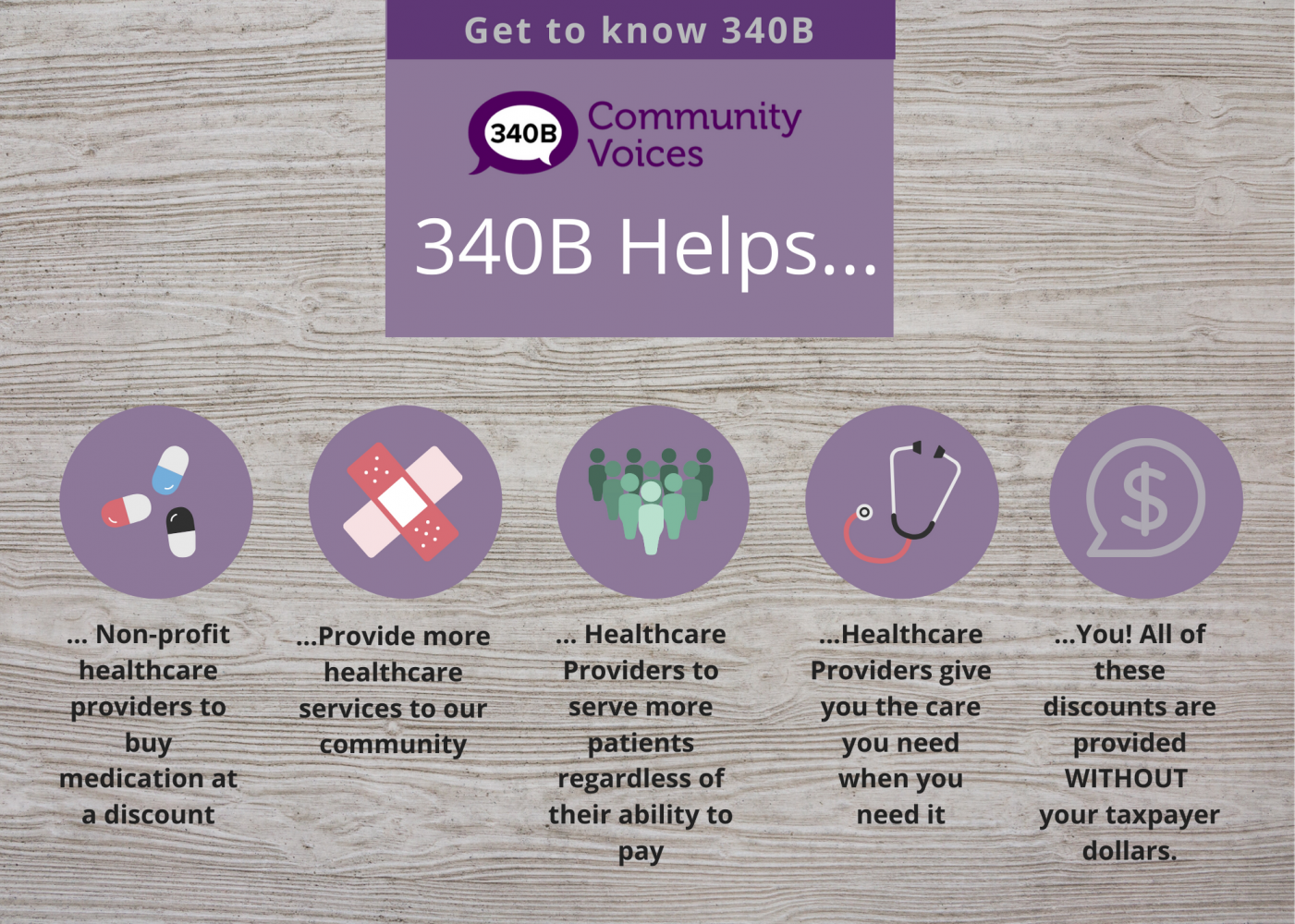 Threats to the 340B Program

The pharmaceutical industry is attempting to distract the public from the realities of the program – which expands access to care and improves services for vulnerable patients at no cost to taxpayers – and projected an image of the program as one of the leading causes of high drug prices in the country.

While unfounded, unfair, and motivated to reduce the benefit of the 340B program for covered entities, sustained political activity by the pharmaceutical industry has resulted in several recent actions that are likely to result in legislative or administrative action adverse to the interests of 340B providers and their patients, including:

Protecting the 340B Program

Without a significant and sustained effort to raise public awareness of the benefits of the 340B program, the program faces an uncertain future. Providers and their health care industry supporters have worked to defend the 340B program, recognizing its true value in providing patients with comprehensive care. What’s missing from this equation are patient and community leaders’ voices, the true beneficiaries of the 340B program, many of whom simply don’t know that they receive such a benefit or that it is at risk of being taken away.

Background on 340B Drug Pricing Program

Section 340B of the Public Health Service Act
The federal 340B Drug Discount Program is a lifeline that allows safety net providers to obtain prescription drugs at below-retail prices. The program was established with bipartisan support as part of the Veterans Health Care Act of 1992.